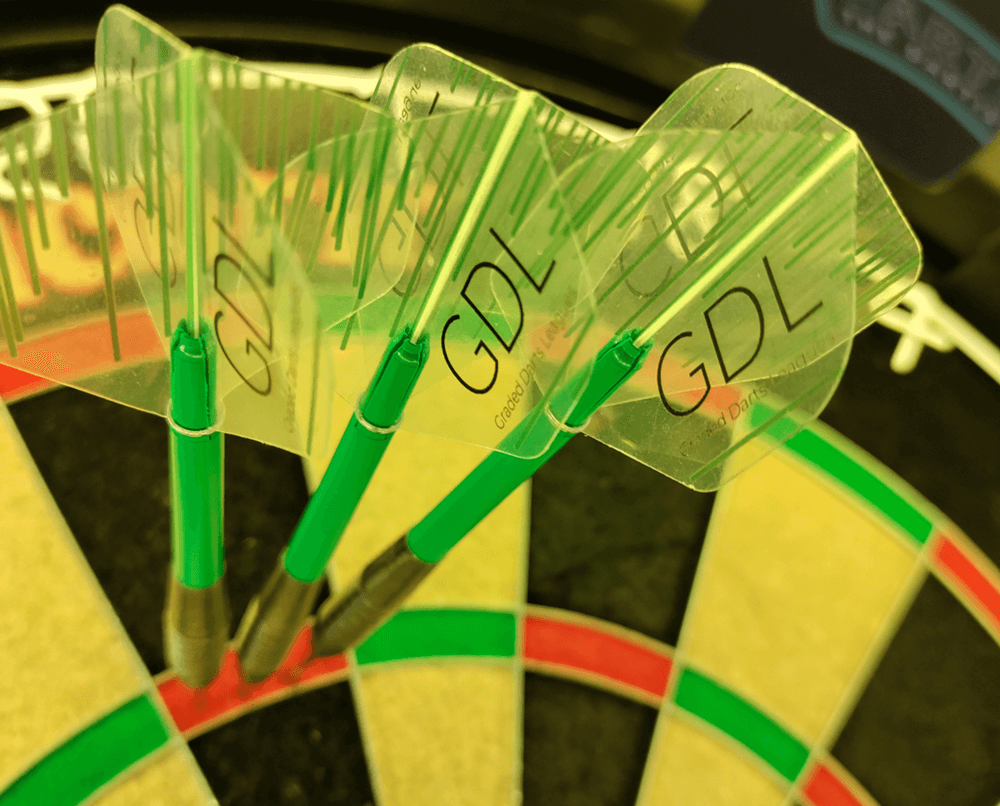 And it just got EVEN BETTER!

It’s possible you’ve tried online tournaments before and weren’t particularly impressed. Your high hopes of a friendly competition and a fun time came to a screeching halt as you realised the major flaw that most tournaments have, which is inconsistent and unequal matchups.

That’s probably not what you had in mind when you signed up.

The GDL is different. We provide a supportive and friendly online steel tip dart community that thrives on competition with balanced partner pairings. We use our exclusive proprietary analysis, as well as a variety of historical data, such as games played on scoring sites (e.g. Nakka and Lidarts), to create even matchups.

This means you get all of the enjoyment that comes from battling it out against other players for big prize money… while in the comfort of your own living room.

Tell Me… Does Any Of This Sound Familiar?

If you can relate to any of this, then THIS is for you.

We’re excited to bring you a brand new format for the GDL third season, which we’re calling the equaliser.

The equaliser is a two phase league format, bringing players together in EVEN CLOSER graded leagues. The graphic below explains the format: 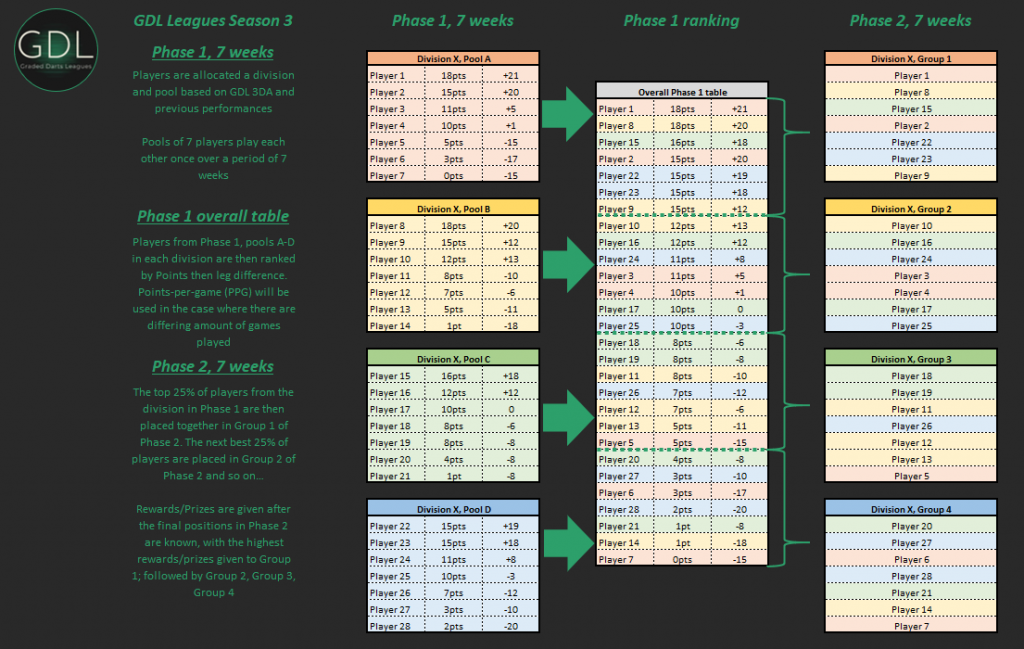 Not only are you playing league matches when you join the GDL, you can also take part in our exclusive Online World Tour.

Not to mention GDL extra and the return of the statman league cup!

Players who complete the league season will receive Tour points based on their finishing position in their division. These points will go towards the GDL World Championships Order of Merit, which could be the difference between qualifying for the Worlds or not!

The league will begin on Monday 30th August

Set up your subscription.

NOTE: If you are already a GDL player with an active subscription, you DO NOT need to set up a new subscription

If your currency is not shown, please DM us on Facebook or Twitter and we will do our best to help.